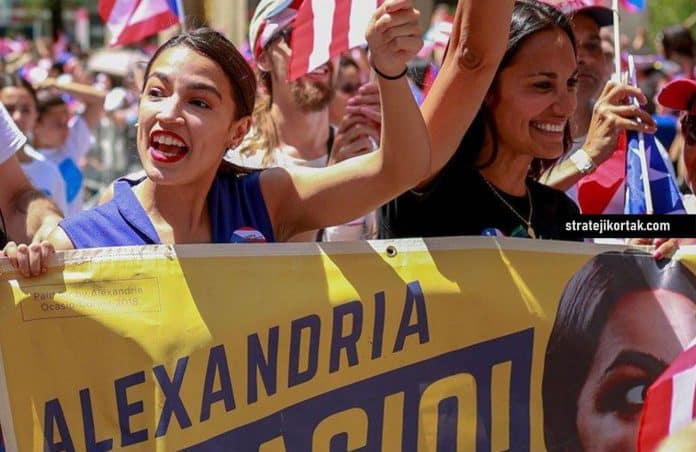 For the first time in the 2020 presidential elections, 32 million Latin American voters living in the United States are the largest racial/ethnic group in the presidential campaign. The largest non-white group in US history, Latin Americans (Hispanics); about 2 million additional Latino voters were projected to vote in the 2020 presidential election, making it a crucial process. Latin Americans are given a significant position in the palace in this setting. In general, only a small percentage of Latinos registered to vote in presidential elections. The Democrats have a substantial lead among Latino voters when it comes to the party. Women vote at higher percentages than males in all racial and ethnic groupings in the United States. This widens the disparity, particularly among Latino voters. The terms “Latin Wave” and “Sleeping Giant” are also popular among Latins. In the month leading up to the November 2020 election, 84 percent of U.S. adults who are citizens and therefore eligible to vote stated they were contacted by a candidate’s campaign or a group supporting a candidate in at least one of six methods.

Hispanics and Asians are becoming a larger percentage of eligible voters in the United States. A poll conducted right before the election indicated mixed interest among Hispanics in the presidential race, raising fears that the Biden team should have done more to engage prospective Hispanic voters sooner (Noe-Bustamente, January 29, 2021). Latino voters in Arizona, Florida, Nevada, North Carolina, Pennsylvania, and Texas have had a significant impact. The Latino population in the United States has grown to 60.8 million people. Latinos are one of the country’s newest and fastest-growing ethnic groupings.

According to the Pew Research Center, over half of the Latino populations in the states with the greatest Latino populations (Florida (56 percent), California (51 percent), and Texas (50 percent) were able to vote (Budiman, September 23, 2020).  Around one-third of Latinos were born outside of the country. Around 8 million of the almost 19 million Latino immigrants are undocumented. As a result, during the election season, the subject of anti-immigration was discussed. Health care, education, economic inequality, and immigration rules were among the top issues expressed by Latino voters in Texas and California. “Latinos” are the key to gaining Latino voters in these elections. The voting power of Latinas extends beyond their individual voting. To put it another way, Latinos pushed their friends and family members to vote. In other words, rather than acting individually, Latinos might take a political stand as a family (Aslan, 29 September 2020).

Over the last 25 years, registered voters’ party affiliation hasn’t altered drastically, although there have been some minor variations. One such development is that the Democratic Party’s advantage in party identification over the Republican Party has shrunk since 2017. Non-Hispanic White Americans make up the greatest percentage of registered voters in the U.S., with 69 percent of the total as of 2019. Hispanic and Black registered voters each make for 11% of the total, with the rest coming from various racial and cultural origins (8 percent ). In 2018, white Americans made up 67 percent of eligible voters nationwide, but they made up a substantially bigger number in some crucial battleground states in the Midwest and Mid-Atlantic, such as Wisconsin (86 percent), Ohio (82 percent), Pennsylvania (81 percent), and Michigan (81 percent) (79 percent). In certain Western and Southern fighting states, the opposite was true (Gramlich, October 26, 2020). In Florida, around 2.5 million Latinos have registered to vote in the 2020 presidential election, accounting for a record 17 percent of the entire population.

In Florida, about 476,000 more Hispanics are registered to vote in 2020 than in 2016, accounting for 30 percent of the state’s overall growth in registered voters over that time period. This surge outnumbers the rise of Hispanic voters in past election cycles. Between 2000 and 2018, the Latino portion of Florida’s electorate increased by 9 percentage points, from 11 percent to 20 percent of eligible voters. In 2020, a record 32 million Latinos will be able to vote in the United States. In Florida, Democrats outnumber Republicans among Hispanic registered voters, a difference that has grown since 2016. Around 948,000 Hispanic voters are registered as Democrats this year (representing around 38% of the overall Hispanic population in Florida), whereas approximately 640,000 are enrolled as Republicans (26 percent of the total).

A total of 880,000 Hispanic Floridians are registered to vote regardless of party membership (35 percent of the total). Since 2016, the number of Hispanic Florida Democrats has increased by 149,000, while the number of Republicans has increased by 126,000. However, individuals who are registered with no party (+200,000) have had the greatest rise over this time. The current trend in party registration among Hispanic Floridians contrasts with the general trend in the state. Since 2016, more Floridians have registered to vote as Republicans than Democrats. But Florida’s Latino eligible voters are far from a monolith in terms of their background. For instance, while 76 percent of Venezuelan and 74 percent of Colombian eligible voters were naturalized citizens as of 2018, the share was much lower among Mexicans (24 percent) (Noe-Bustamante, October 19, 2020).

However, Cuban Americans have been strong supporters of the Republican Party, but that support has waned as a new generation of Democratic-leaning Cubans has grown up in the United States. In 2013, identical percentages of Cuban registered voters supported the Republican Party (47%) and the Democratic Party (47%) respectively (44%). Cuban Americans have always had one of the highest voting turnout rates among Hispanic eligible voters (Krogstad, October 2, 2020). Also, the number of Latinos and Hispanics has fluctuated throughout time. Latinos come from all across Latin America, Central America, and Mexico to live in the United States. Some Latinos have been in the United States for several generations. There are many different dialects, languages, cuisine, and traditions throughout Spain. It should come as no surprise that there are ideological divides as well (Aguilera, November 10, 2020).

Figure 2: The percentage of Latinos in the United States who are immigrants is decreasing and differs by origin group 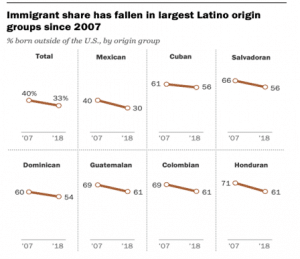 Source: Pew Research Centre.[1] Over the last five years, substantial transformations in the size and nature of immigration in America have shook regional politics and put governments’ and international organizations’ competence and political will to handle and avoid humanitarian disasters to the test. On its own, the Trump administration’s treatment of immigrants is heinous, but it also exemplifies a foolish and shortsighted approach to mass migration in the Western Hemisphere (Dan Restrepo, June 24, 2019).

Budiman, R. I. (September 23, 2020). The Changing Racial and Ethnic Composition of the US Electorate. Pew Research Center, https://www.pewresearch.org/2020/09/23/the-changing-racial-and-ethnic-composition-of-the-u-s-electorate/.

Noe-Bustamente, J. M. (January 29, 2021). Most U.S. citizens report a campaign contacted them in 2020, but Latinos and Asians less likely to say so. Pew Research Center, https://www.pewresearch.org/fact-tank/2021/01/29/most-u-s-citizens-report-a-campaign-contacted-them-in-2020-but-latinos-and-asians-less-likely-to-say-so/. 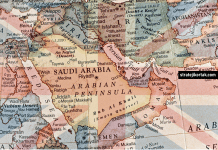 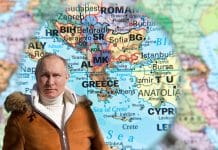 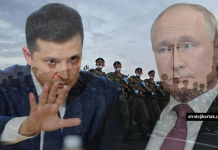 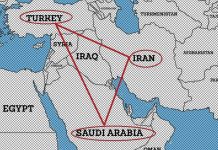 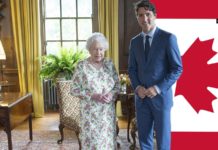 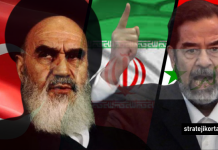 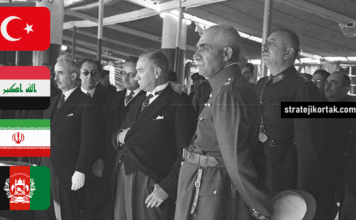 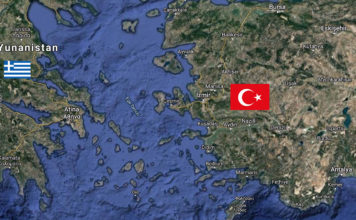 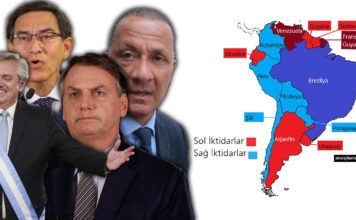 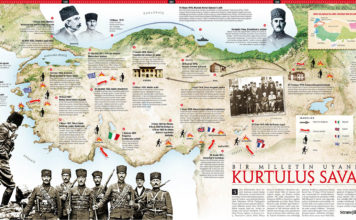 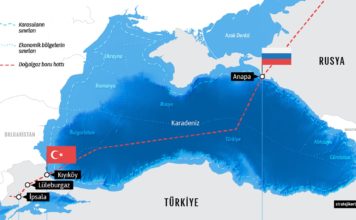 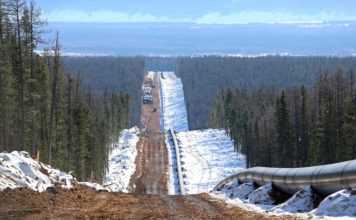 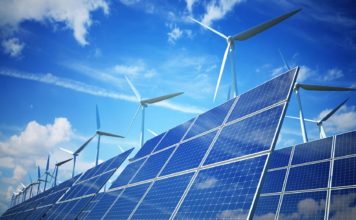 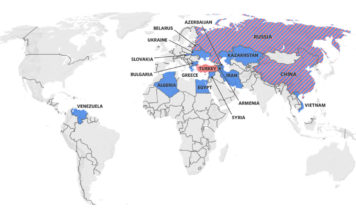